Location.
Conveniently near the airport in the heart of Parma, Hotel Torino is close to Teatro Regio di Parma, Hospital of Parma, and Shrine of Santa Maria della Steccata. Also nearby are Bishop's Palace and Piazza Garibaldi.

Hotel Features.
A complimentary breakfast is served each morning. In addition to multilingual staff and tour/ticket assistance, Hotel Torino features laundry facilities. Wireless and wired high-speed Internet access is complimentary in public areas. Additional amenities include coffee/tea in the lobby, complimentary newspapers in the lobby, and concierge services. Complimentary valet parking is available onsite for guests. A total renovation of this property was completed in January 2011.

Hotel Torino on the map

Message sent.
Did globimmo.net help you?

Be the first to review this profile.

Rate:
Rate by clicking
Required filed
The rating has been received. 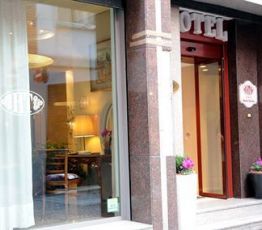 Cookies help us deliver our services. By using our services, you agree to our Terms of Use and use of cookies. Learn more. I understand
here